The Rio 2016 Olympics are closing in fast, only two months to go! (No, it’s not going to be Christmas or Halloween) The Rio Olympics will begin and will bring back some new things with it!

On August the 5th, the Rio Olympics will start, bringing 10,500 competitors from 205 different countries and expecting to sell 7.5 million tickets which cost about 10 euros each, that’s about 75 million euros!

Also, the Rio 2016 Olympics will be returning golf and rugby after 116 years. Altogether the Rio Olympics will have 42 different sports and 306 competitions.

The location of the Rio Olympics is in Rio (obviously) and in the Maracanã stadium which holds the record for the most fans in one stadium. This is also the first ever South American Olympics and the 27th summer Olympics! 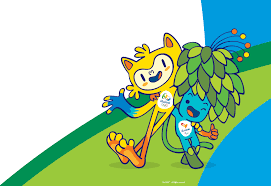 Thank you for reading,

Visit to the houses of Parliament

This website uses cookies to improve your experience while you navigate through the website. Out of these cookies, the cookies that are categorized as necessary are stored on your browser as they are essential for the working of basic functionalities of the website. We also use third-party cookies that help us analyze and understand how you use this website. These cookies will be stored in your browser only with your consent. You also have the option to opt-out of these cookies. But opting out of some of these cookies may have an effect on your browsing experience.
Necessary Always Enabled
Necessary cookies are absolutely essential for the website to function properly. This category only includes cookies that ensures basic functionalities and security features of the website. These cookies do not store any personal information.
Non-necessary
Any cookies that may not be particularly necessary for the website to function and is used specifically to collect user personal data via analytics, ads, other embedded contents are termed as non-necessary cookies. It is mandatory to procure user consent prior to running these cookies on your website.
SAVE & ACCEPT